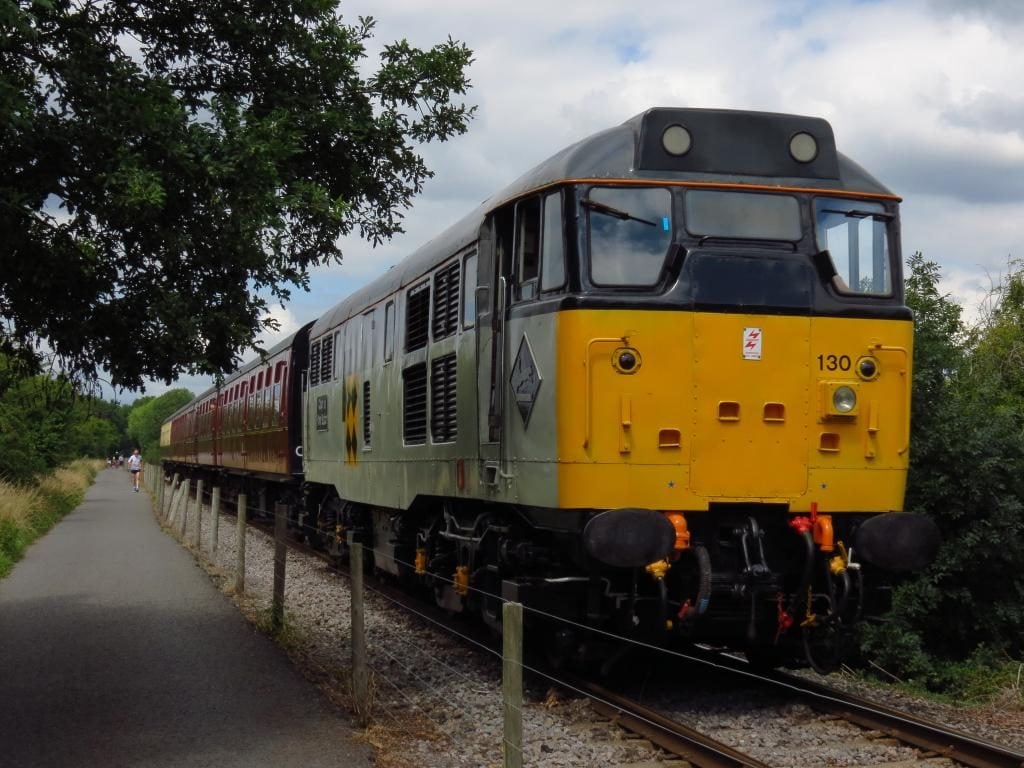 31130 “Calder Hall Power Station” is one of two Class 31 diesel locomotives based here at the Avon Valley Railway.

Built by Brush Traction in Loughborough, she entered service as D5548 on the 3rd September 1959 based out of Ipswich Shed.

The locos were originally fitted with Mirrlees JVS12T engines but these proved unsuccessful. After BR lost their patience with reliability issues, it was decided to fit a downrated version of the well-proven English Electric 12CSVT as found in the Class 37. Now rated at 1470hp, the English Electric 12SVT was about as much as the original electrical equipment could handle, but this proved successful and the Class 31 was reborn out of the increasingly unreliable Class 30. D5548 received this modification in February 1967.

She arrived with us from the Battlefield Line in 2012.

A splendid and very dependable loco, 31130 has dug us out of the mire on many an occasion, standing in for failed steam locos and her diesel cousins when needed. During our 2014 Santa Season, despite being fresh from the “hospital bed” to replace a poorly governor herself, 31130 took charge of trains when we managed to get through the vast majority of our loco fleet in the space of a few days.

She can usually be found taking turns in the summer with D5518 on Saturdays and Wednesday Evening Meal Trains.